Environmental concerns represent a potential constraint on the future development of the international aviation sector, hence the Abis Group fully supports on-going efforts to address the full range of these concerns, including in particular the challenges posed by climate change.
We are fully committed to the fight against climate change and actively involved in the work towards a resource-efficient, competitive and sustainable multimodal transport system.
Each Member of the Abis Group is contributing to these climate mitigation actions as mentioned above, both through through national measures and international cooperation.
Austria would like to present several Austrian initiatives that support our fight against climate change.

The largest national carrier, Austrian Airlines, recently launched the so-called ReOil-project as one of its key environmental initiatives.

Each year, more that 19 million plastic cups are on board of the Austrian Airlines fleet, amounting to 104 tons of plastic cup waste. Half of this waste accumulates at Vienna International Airport. To minimize plastic waste, a cooperation project with several stakeholders was established. Per week more than 1,000 kg of plastic cups are collected by cabin crews on board of Austrian flights. In cooperation with OMV (Austrian oil and gas company) these cups can now be recycled to synthetic kerosene. In this regard, Austrian is a first mover globally to initiate a circular economy process for on-board plastics to synthetic kerosene processing and therefore strengthens the sustainable economy of Austria.

Used plastics are not just ordinary waste – they are also an extremely valuable raw material.

There are already well established recycling systems in place for typical beverage bottles PET (PET2PET). Other plastics – for example packaging foils or containers made from thick-walled polyethylene, polypropylene or polystyrene – can also be used for the ReOil® process.

A February 2016 a study by the Austrian Federal Environmental Agency about the process of used plastics recycling concluded that substituting synthetic crude oil for fossil crude oil within the Schwechat Refinery process could result in a 45% reduction in greenhouse gas emissions as well as a 20% lower requirement for energy input.

A pilot plant, using the thermolysis process to recycle 100 kg of plastics into 100 liters of synthetic crude oil per hour went into operation in 2018 and is fully integrated into the refinery. The implementation of a commercial-size installation with 2000 kg/h to 2000 liters is planned in the upcoming years.

Currently the pilot plant can produce 15.675 liters of synthetic kerosene from plastic collected on board of Austrian Airlines annually. This amounts to 15 return trips Vienna-Innsbruck powered solely by Austrian plastic, or 2 return flights Vienna-Stuttgart.

Almost all of the 50 different plastic articles on board of Austrian Airlines can be used in the ReOil® plant, therefore multiplying the synthetic kerosene output from Austrian plastic in the coming years.

Austrian Airlines is proud to be a first mover globally in the fight against plastic waste, CO2 emissions and the dependency on fossil fuels. The airline hopes to inspire parties within ICAO to support green initiatives within the aviation industry.

Here are some examples:

Free route airspace in Functional Airspace Block- Central Europe (FAB-CE)
Within free route airspace, airlines are free to choose direct routes between defined entry points and defined exit points. Austro Control began with implementation as early as 2012. Free Route enables planes to take the shortest route to come as close as possible to the great circle, which saves time and fuel.
Austro Control was a pioneer in implementing a bilateral free route airspace with Slovenia, the so called “Slovenian Austrian Cross Border Free Route Airspace” (SAXFRA).
After 4 years of intense work between Slovenia Control and Austro Control the project finished in 2016 and the “Free Route Airspace” was fully implemented. The project was a great success. The estimated yearly savings reach a total of 3,75 mio. kilometer, 15.700 tons of CO2 and 4.800 tons of fuel. This equals the yearly CO2-emissions of 10.000 average cars. 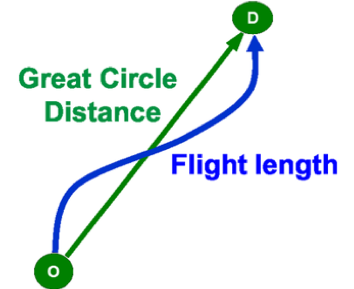 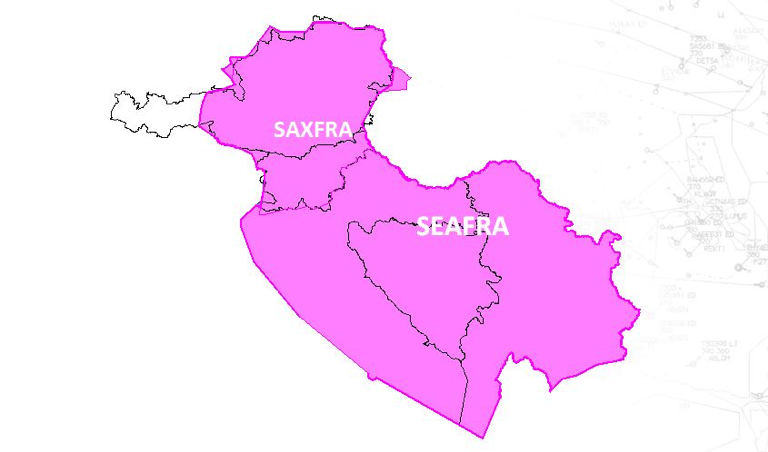 Continuous Descent/Climb
On the other hand, Austro Control also focuses on national projects to reduce negative impacts on the environment. With the “Optimized Descent Profile” (ODP) Austro Control developed procedures to improve the efficiency in vertical flight profiles. The idea behind this project was to reduce inefficient level offs when approaching or departing an airport, leading to savings in fuel consumption and reductions in CO2-emissions.
Savings are generated because engines can run at a much lower level, since the plane is gliding from the top of descent to the ground at optimal conditions during the approach phase (Continuous Descent Operations, CDO). During the climbing phase, savings are achieved because the plane faster reaches cruising altitudes and a flight level, where fuel consumption is lower because of air pressure (Continuous Climb Operations, CCO).

Through these procedures the noise level could be reduced by 1-5 dB in inhabited areas around the specific airport, because the approach or climb profile is much steeper and  crosses inhabited areas at much higher flight level than it normally would with conventional procedures.

For the Vienna terminal area (LOWW) it can be said that Austro Control provides a high level of service to airlines by reaching an implementation rate of 25,91% (2017) with CDO by any incoming airplane. The rate for outgoing airplanes is even better and reaches a value of 77,32% (2017) with CCO.
Through these procedures the fuel savings can reach from 50 to 200 kilograms per realized and optimized flight, depending on weather and other conditions.

Austrian Wide Area Multilateration
Beyond air traffic management operations Austro Control is focusing on the second important task of an air navigation service provider, surveillance. By renewing the whole surveillance landscape a huge amount of energy can be saved. The secondary surveillance landscape is currently being replaced by multilateration systems, changing the way how surveillance works. In the past, a signal was reflected from the surface of an airplane, or sent back from a transponder with flight specific information. In the new system, multilateration (MLAT) works like a global positioning system. It measures the time difference between the airplane and a few sensors, on a low-energy basis. The new technology can save up to 800 MWh compared to traditional radar, an amount that could provide electricity for 180 households.