This time of year, a lot of people will be flying to and from their holiday destination. skeyes is one of the many actors who watch over their safety when they are enjoying precious moments away with their family or friends. One of the tools that skeyes uses to offer a smooth flight are the safety nets.

Nowadays, several safety nets have been set up to turn your plane trip into the safest possible experience. There are two types of safety nets: those that are based on ground-level installations and that interact with the air traffic controller and the type that are on board of the aircraft and that are entirely managed by the pilots.

In this article, we will give you a bird’s eye view of which safety nets are used by the air traffic controllers. But first, we would like to introduce one of the most widely known on-board systems: ACAS (Airborne Collision Avoidance System) also known as TCAS (Traffic Collision Avoidance System). Thanks to ACAS, an aircraft continuously communicates by means of transponders with other aircraft in its vicinity. It calculates the potential for conflict between the trajectories and sends out an alarm signal to the cockpit if necessary while giving instructions to the pilots in order to avoid the incident or accident. 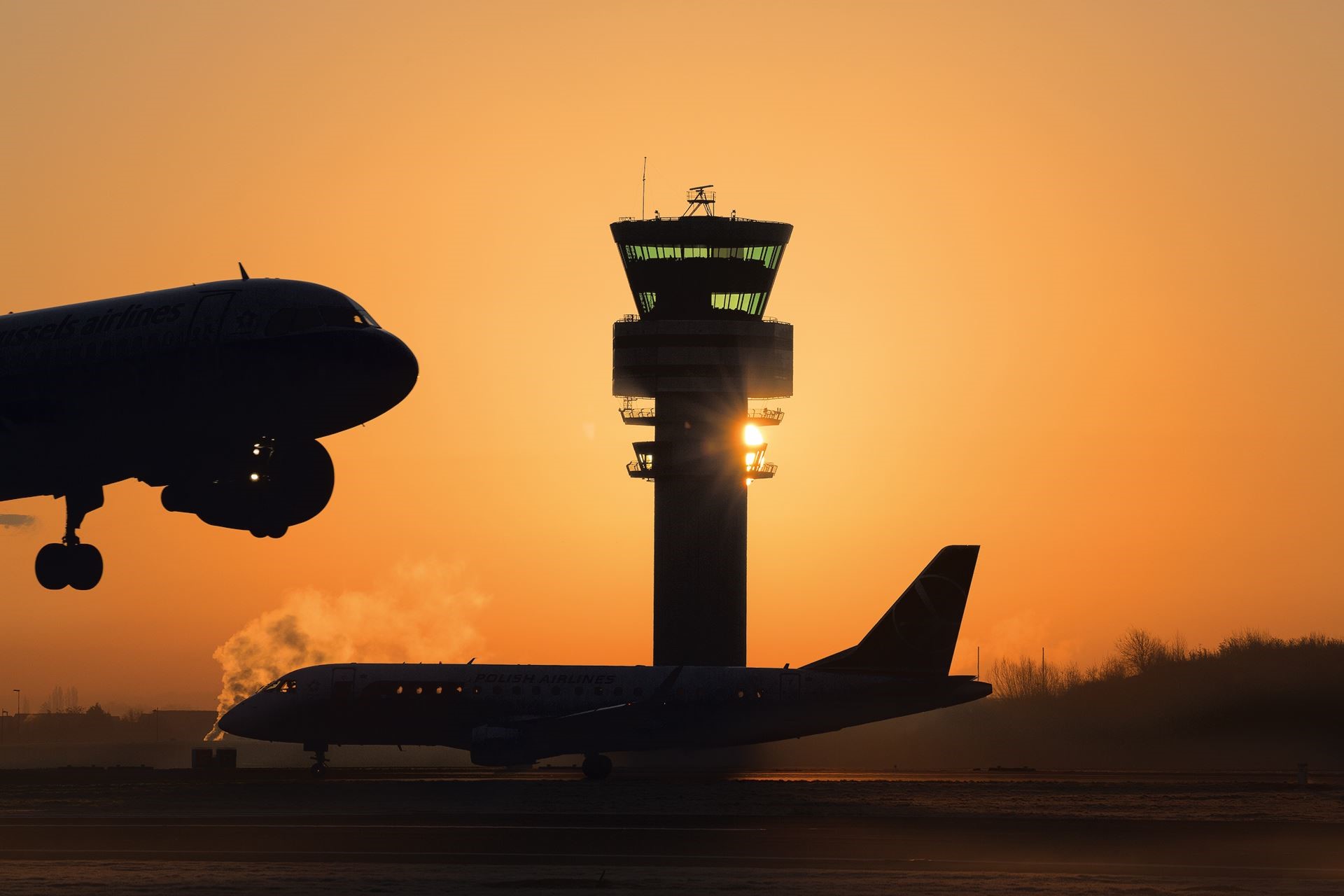 Safety nets for each and every flight phase

Ground-based safety nets that are managed by skeyes rely on collected data in real time, such as the position and the identification of the aircraft and the vehicles provided by the radars, as well as on data bases that contain crucial information on the flight plans, the airspace structure, airports or geographical features. We are going to discover how that works.

As soon as your aircraft leaves its parking spot, there are systems, based on ground radars and flight plans, that know how to identify and localise it very accurately, as well as all the other vehicles that move around on the tarmac, such as the airport’s service cars.
Those data are then processed by an IT application, the Airport Movement System (AMS), which has been developed internally by skeyes in order to meet the specific needs of the tower controllers and the CANAC 2 air traffic control centre. The AMS is continuously improved by the skeyes’ development team since its deployment in the early 2000s.

The Airport Movement System calculates the speeds and trajectories and anticipates the movements on the ground and in the air in the approach phase that might generate possible conflicts on the runways as well as in their vicinity. Thanks to that system, an alarm goes off beforehand and the controller can react adequately. Those safety nets are currently active in the runway zone, but they will soon be monitoring all the airport’s taxiways as well.

Jan Smout, engineer and member of the AMS development team, explains: «Of course, the runways are very safety-critical. A zone around the runways is established and the safety net system detects every time something passes or crosses the stop bars – those lines that light up green, just like traffic lights. That way, the safety net system at the airport alerts the air traffic controller when he clears for departure while the runway is not free for instance». 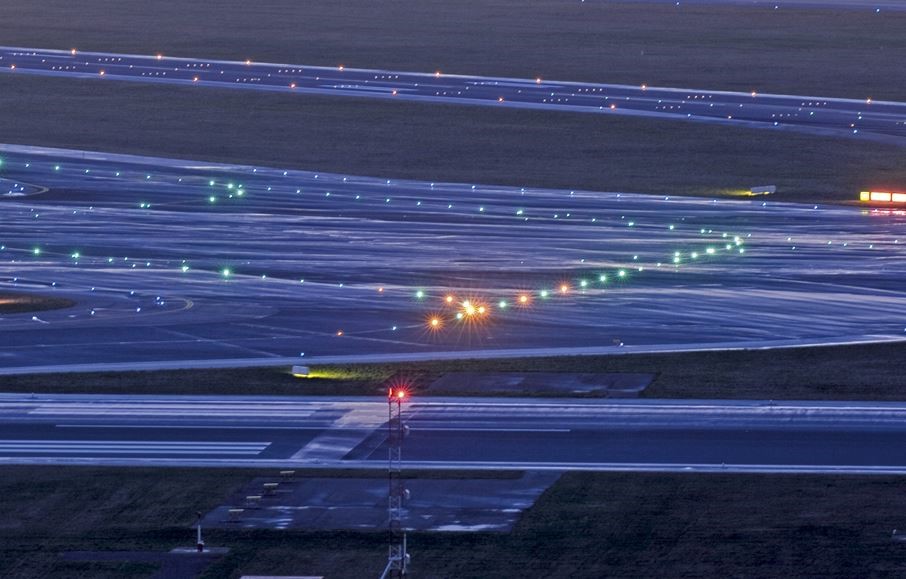 Stop bars, visual benchmarks for the pilots, audible and visual alarm signals for the controllers… Those are all systems managed by the Airport Movement System application. They are part of a larger whole of airport control equipment known as A-SMGCS (Advanced-Surveillance Movement Guidance and Control System). That equipment forms an extra layer of technological protection to facilitate managing the ground movements, especially in low visibility conditions, and to prevent incidents, even accidents, which are specifically the result of runway incursions.

Those incursions are indeed a very important contributory factor in incidents, i.e. events that jeopardise safety, such as non-compliance with the separation distances between aircraft, and can lead to very serious accidents. Although fortunately, accidents are extremely rare, incidents entailing a runway incursion are even more so. 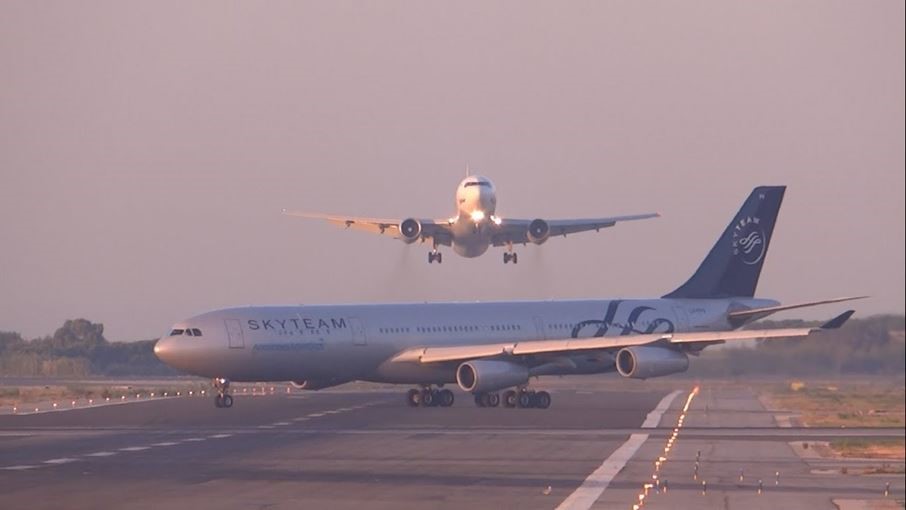 Above there is a photo of a runway incursion at the airport of Barcelona in 2014. An aircraft crosses the runway while another aircraft is getting ready to land. Due to several factors, as is the case with a lot of incidents, this safety event ended well. The approaching pilot applied throttle to perform a ‘go around’, which is a manoeuvre that skips the landing to turn the aircraft around and to align it again with the runway to land. Photo: skeyes

Runway incursions are a type of incident that happens quite often. Note however, that an incident does not necessarily imply that we narrowly avoided a catastrophe. It simply means that a procedure has not been observed, although it did not have any direct impact on safety. That is the case for the large majority of the incidents that are reported. At Brussels Airport for example, runway incursions have always been in the top 5 of the most reported incidents by air traffic controllers.
Nowadays, new menaces have appeared and are getting ahead on runway incursions in the statistics. That is for instance the case with drone flights in a non-authorised airspace, or malicious use of laser pointers to blind pilots or air traffic controllers in the control tower. 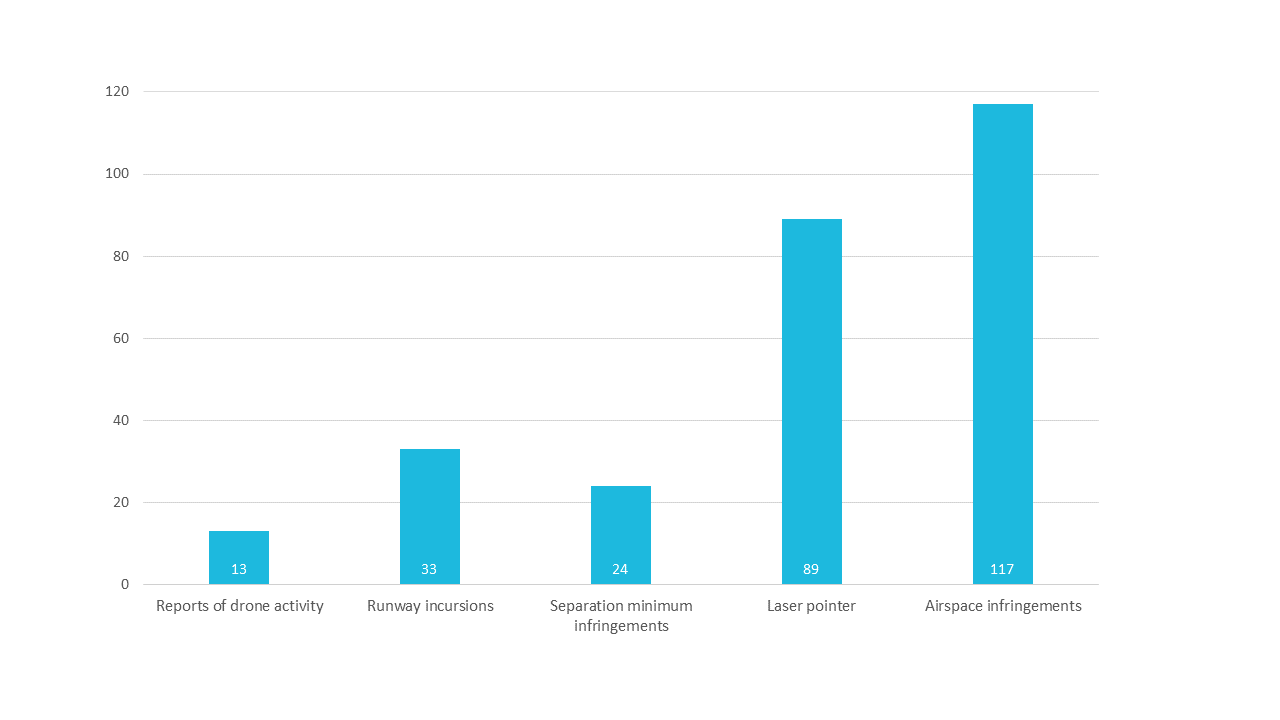 In 2017 skeyes was the first air navigation service provider in Europe to implement the safety nets for airports 100% in its AMS. This was another important step in applying the international concept of A-SMGCS (Advanced-Surveillance Movement Guidance and Control System).

The A-SMGCS allows notably the safest traffic at the airport even in low visibility conditions. If it is fully implemented with all its components and safety nets at Brussels Airport, its implementation at Brussels South Charleroi Airport and Liege Airport is right on track. It has been operationally tested and validated in March 2021 at Liege while the process is ongoing at Charleroi. The operational procedures are being modified to integrate the A-SMGCS system. Once this update will be achieved, the traffic capacity of both airports will be improved. More aircrafts can then be managed at the same time in low visibility conditions.

In the flight phase

It is clear that at the airports, safety nets play a very important role in safety, given the large number of aircraft that circulate in a limited space and the added number of service vehicles driving around on the tarmac.
But in the en-route and approach phase, the controllers also have to manage air traffic by making sure the minimal separation distances between aircraft are being adhered to, it is their main mission. In order to do that, they have many tools at their disposal and the safety nets are there to assist them by alerting them in case a conflict might occur.

STCA (Short Term Conflict Alert) is a safety net in the flight phase. It detects when the minimum separation distances are not being maintained up to several minutes in advance and warns the air traffic controller who can then take the necessary actions in order to correct the trajectories.

Certain airspace zones are reserved for a particular type of traffic, for example a military training zone that is used for exercises or specific missions. In order to prevent intrusions in that reserved airspace, the air traffic controllers also have a warning system at their disposal: Area Proximity Warning (APW).

In conclusion, the CANAC 2 air traffic control centre is also equipped with a safety net system destined to prevent conflicts between aircraft and the geographical features or terrain obstacles. It is the Minimum Safe Altitude Warning (MSAW). A version of this safety net has especially been designed to guide aircraft in their final approach towards the airports (Approach Path Monitor – APM).
Therefore you can put all your worries aside and enjoy your journey. The competency and professionalism of air traffic controllers here at skeyes, combined with the safety net systems, are there to offer you the safest of flights.