Austria’s ambitious goal to make aviation climate-neutral by 2040 requires huge technological developments. The Renewable Energy Expansion Act provides the legal framework and is part of a legislative package by the European Union. It supports activities to combat climate change. To achieve these goals, Austria relies on research, innovation and technology.

Governmental promoted research and innovation in the area of aviation has seen a remarkable upsurge over the last decade. The ‘Take Off’ Austrian Aviation Research and Technology Program supported by the Federal Ministry of Climate Action (BMK) and the Austrian Research Promotion Agency (FFG) constitutes a substantial contribution. One particular focus of 'Take Off' is the funding of research projects that contribute to achieving climate-neutrality in aviation.

Ion Wind Propulsion for Flight Systems (IonAs) is one of the projects funded by the ’Take Off’ program. Under the project lead of Technical University Graz together with FH JOANNEUM University of Applied Sciences it focuses on a new propulsion concept based on ion winds. Seeking to mitigate aviation’s environmental impact, Ion wind propulsion is of increasing significance. Not only is the technique free of pollution and noise emission yet allows aircrafts to be operated with electricity from renewable energy sources. IonAs seeks to analyze innovative ion wind propulsion and to investigate its application in aircrafts experimentally. For this purpose, the fundamental theoretical aspects of thrust generation by corona discharges and the challenges of practical implementation are being identified. With regard to the production of the collector electrode as the mechanical supporting element of the airframe, the aim is to develop a structure that combines sufficient strength with minimum weight. The high complexity of such a structure is to be countered advantageously by the methodology of additive manufacturing. Based on the results of the project, the sense of purpose of developing an environmentally-friendly aircraft with ion wind propulsion will be explored using the example of a VTOL UAV.

Another ‘Take Off’ funded project is AEROLIUS. Under the project lead of FH JOANNEUM and its partners AIRlabs, Austro Control and FACC. AEROLIUS focuses on advanced electrical rotorcraft operating low noise in urban scenarios. Air emergency services such as transport of organs, medication or blood bottles require an approach to hospital landing pads, which are situated in urban and noise sensitive areas mostly. To relieve rescue and emergency doctors’ helicopters as a costly resource Unmanned Aerial Systems (UAS) could be deployed. As UAS due to their different configuration show a varying noise signature in comparison to manned helicopters, information about the noise generation at the UAS and its components is needed. Where it is not possible to optimize UAS due to functional limits regarding noise anymore, complex 3D‐trajectories may play a vital role in reducing noise emissions as much as possible. In order to assess the full potential of UAS for air rescue tasks, measurements of the noise propagation of UAS in the urban environment (canyons, settlements, but also meadows) and the sound perception along the trajectory are required. Through sound level measurements on an exemplary passenger drone, sufficient data is to be collected in this project in order to assess whether a cost function for noise‐optimized trajectories for UAS can be generated. 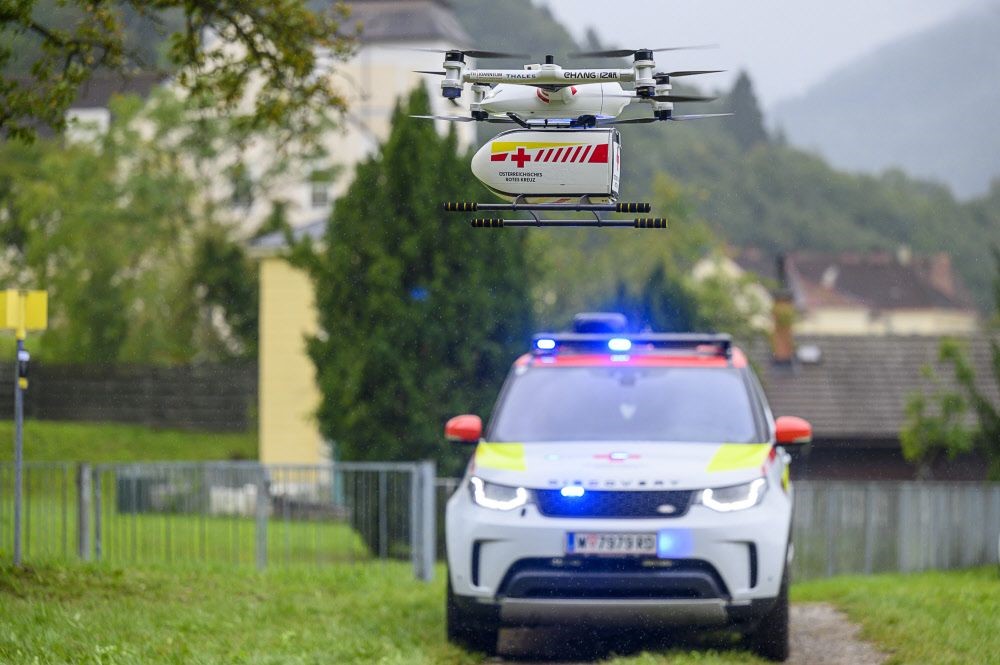 Reducing the carbon footprint is a main target for the Austrian aviation industry. Several industry driven projects address the environmental impact and support sustainable aviation. In the following, two of these initiatives involving Austrian Airlines, the Austrian Mineral Oil Company ‘OMV’ as well as Vienna Airport may be laid out in detail.  While Austrian Airlines in cooperation with OMV have started production and uptake of SAF in 2022 for the first time ever in Austria, Vienna Airport now operates Austria’s largest photovoltaic system allowing it to generate one third of its power input.

OMV and Austrian Airlines are taking off with Sustainable Aviation Fuel

OMV and Austrian Airlines (AUA) are producing and using regional Sustainable Aviation Fuel (SAF) in Austria. The two companies agreed on the production and fuelling of 1,500 metric tons of SAF in 2022. The sustainable fuel is produced at the OMV Schwechat Refinery by co-processing Austrian used cooking oil in the fuel production process. This approach makes the entire production chain as regional as possible and keeps transport routes to a minimum. Compared to conventional kerosene, SAF makes for a CO2 reduction of more than 80% over the entire lifecycle. One technical key advantage of the sustainable aviation fuel is that the existing infrastructure can be used for storage and refuelling. With the direct pipeline connection to the Vienna International Airport, SAF will be available for fuelling Austrian Airlines aircraft as of March 2022.

The use of 1,500 metric tons of SAF by Austrian Airlines will save around 3,750 metric tons of CO2. This compares to the CO2 emissions of 333 Vienna-London flights with a typical short to medium-haul AUA aircraft (Airbus A320). The additional costs for SAFs are financed with the support of environmentally conscious passengers. All Austrian Airlines customers can use the Compensaid platform to support flights with SAF and thus contribute to more sustainable air traffic. Austrian Airlines, which is owned by the Lufthansa group, is working intensively on cutting jet fuel consumption and CO2 emissions. Lufthansa Group has pledged to halve its net CO2 emissions by 2030 and make its business CO2 neutral from 2050. Based on the strategic outlook for the aviation sector, OMV sees SAFs as an important addition to its future jet fuel range alongside conventional kerosene. OMV is committed to reducing its carbon footprint and supports its customers in reducing theirs by offering more sustainable OMV products. 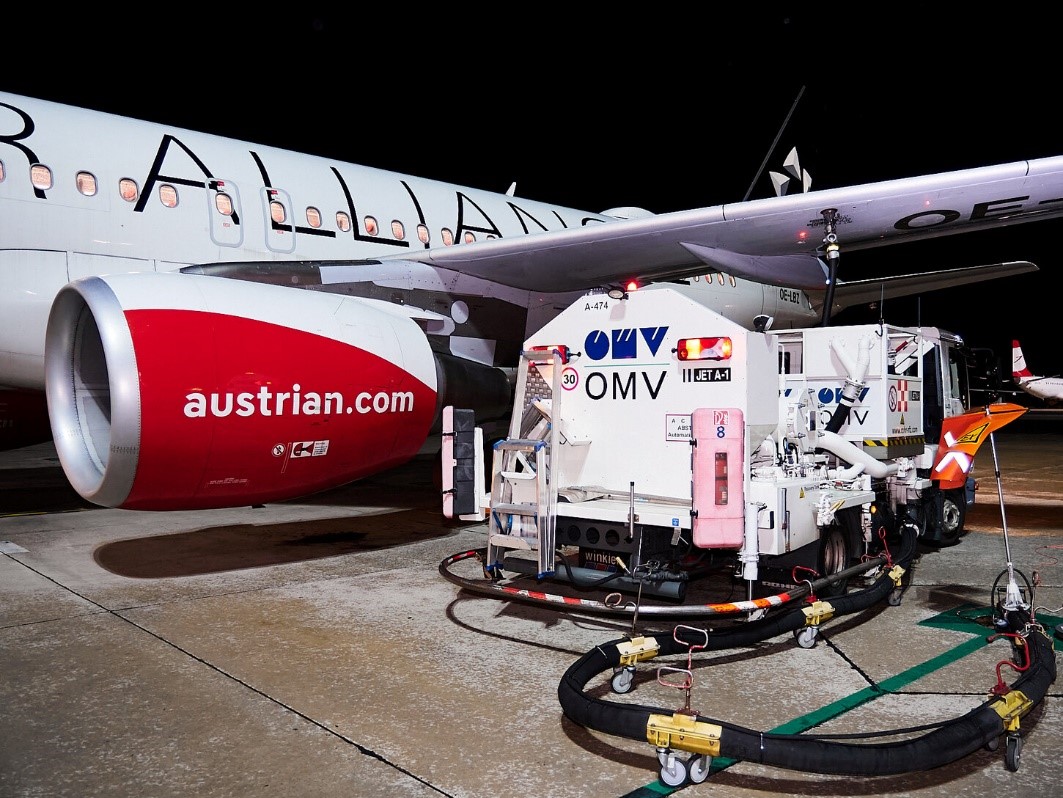 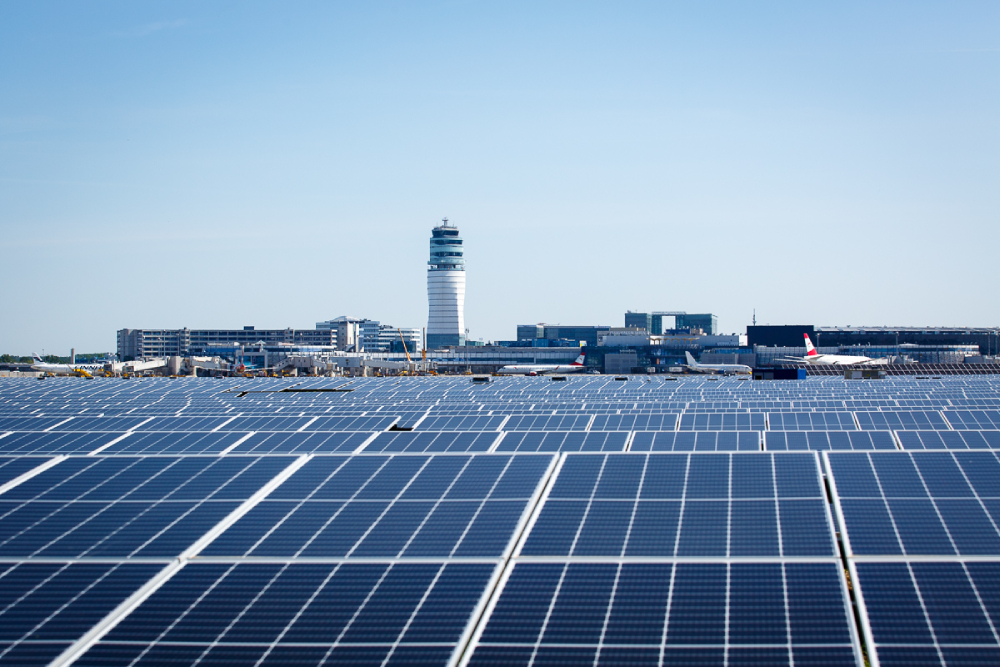 The expansion of the photovoltaic systems is just one of many measures within the framework of energy-efficient environmental management at Vienna Airport. For example, the airport is increasingly focusing on e-mobility and operates an e-fleet with currently around 400 e-vehicles.

Furthermore, OMV will expand the existing supply of the district heating network by expanding the district heating hub at the Schwechat refinery. In doing so, OMV will use the waste heat from the desulphurisation plant. This is a diesel production plant with a vacuum distillation plant at the OMV Schwechat refinery and convert it into environmentally friendly district heating. The heat recovery plant will go into operation in the first half of 2022. One of the largest consumers of this new environmentally friendly district heating is Vienna Airport.  Connected to a direct line from the OMV refinery in Schwechat, the entire airport site with approximately 150 buildings is supplied with CO2 free heat. This will save around 21,000 tonnes of CO2 per year in the airport system.